Zev Robinson is a Canadian-British artist and filmmaker currently living in Valencia in Spain. After finishing his B.F.A. in Montreal in 1983, he completed his M.F.A. in New York and subsequently moved to Italy and traveled around Europe, before settling in Spain in 1991. In Spain, he married Albertina Torres. The couple moved to London in 1995, where this series of chile peppers was created. 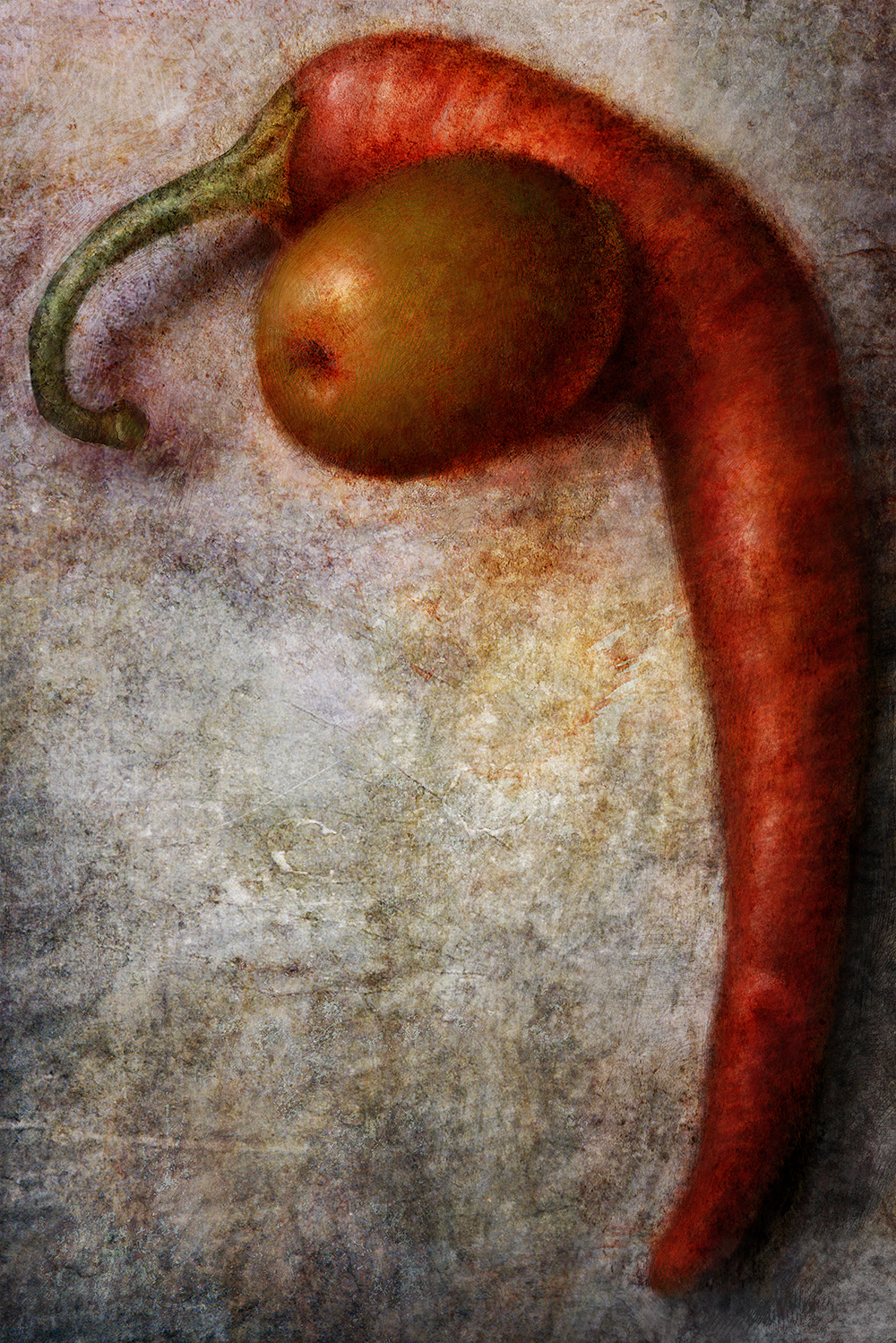 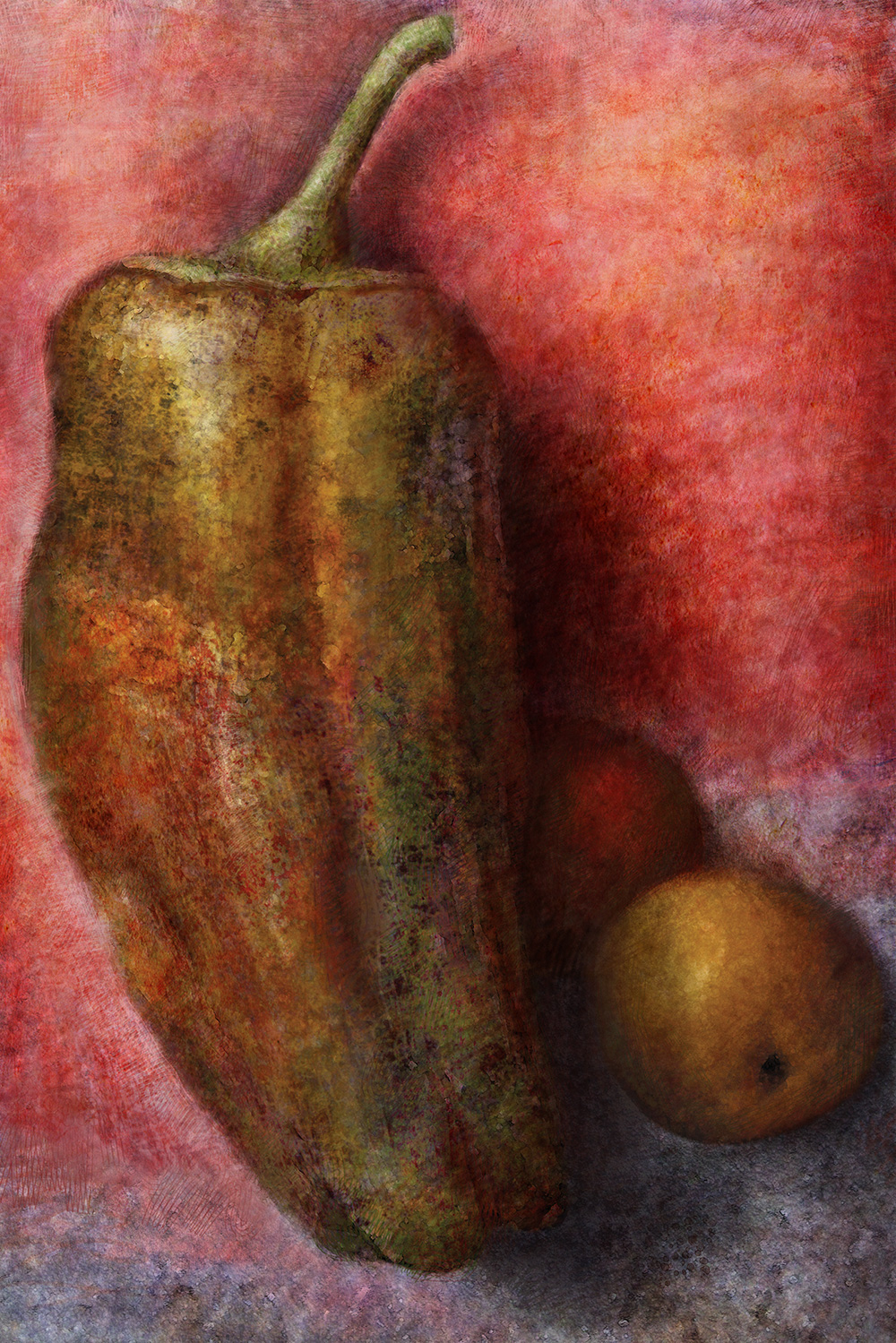 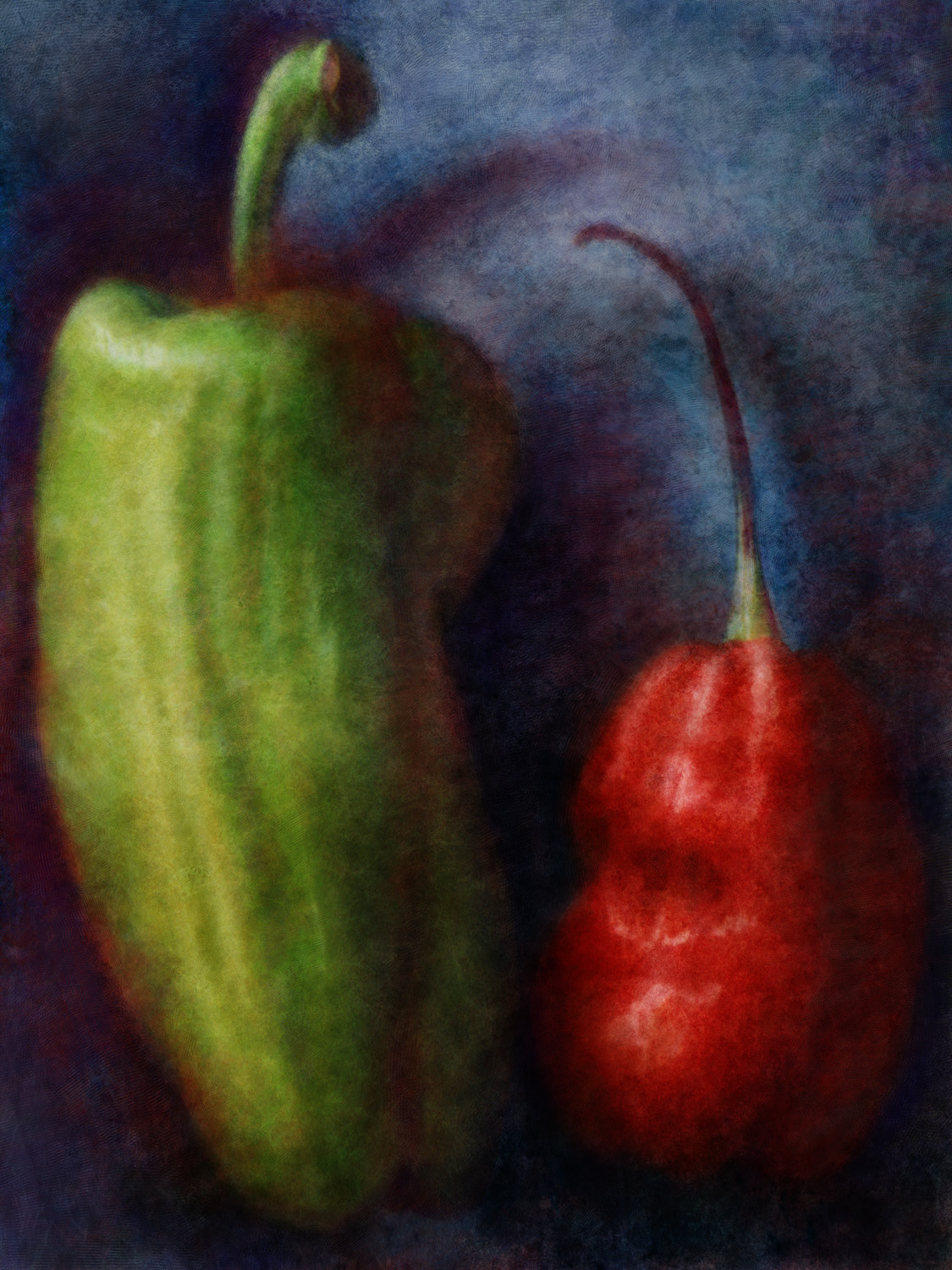 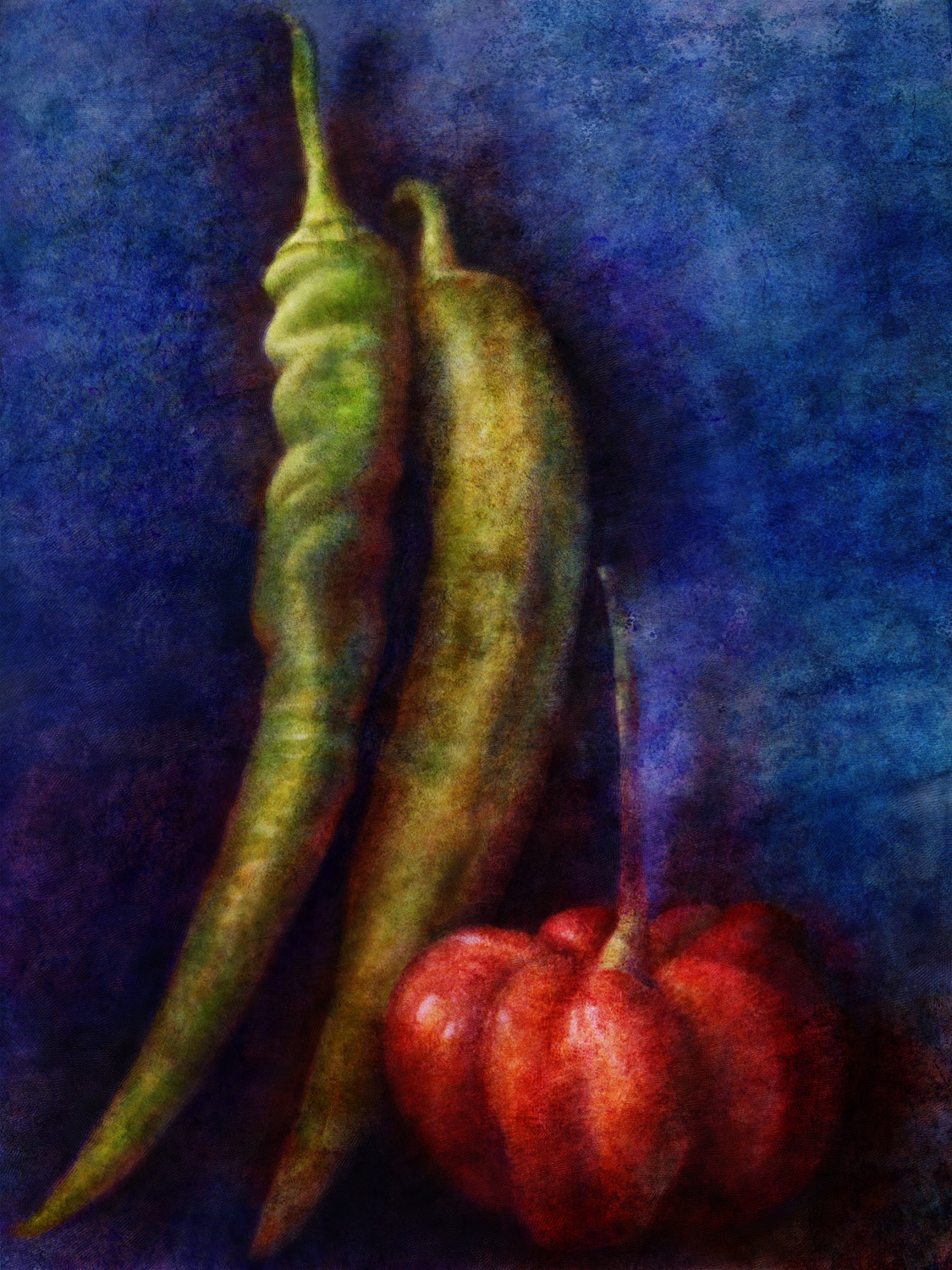 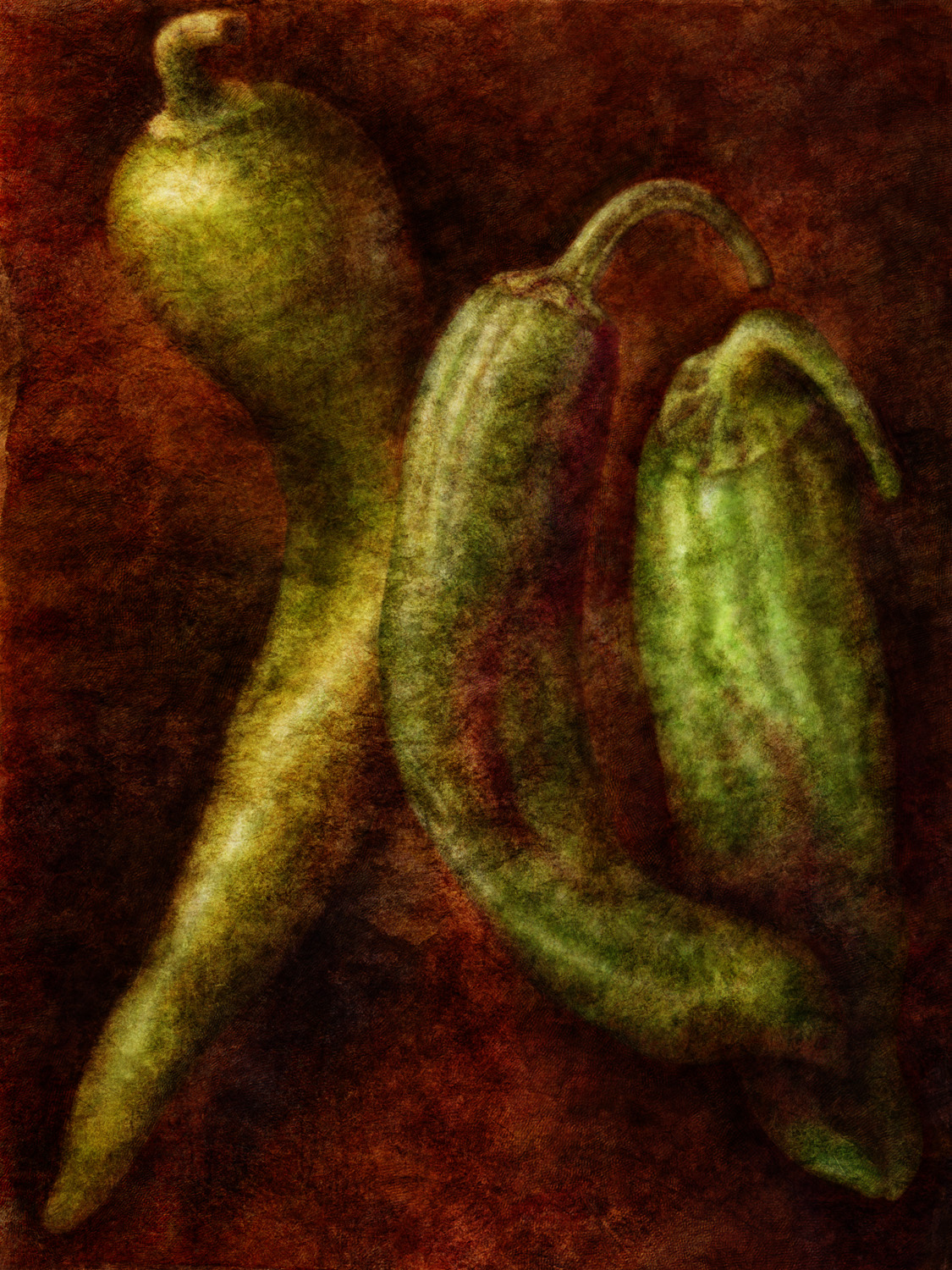 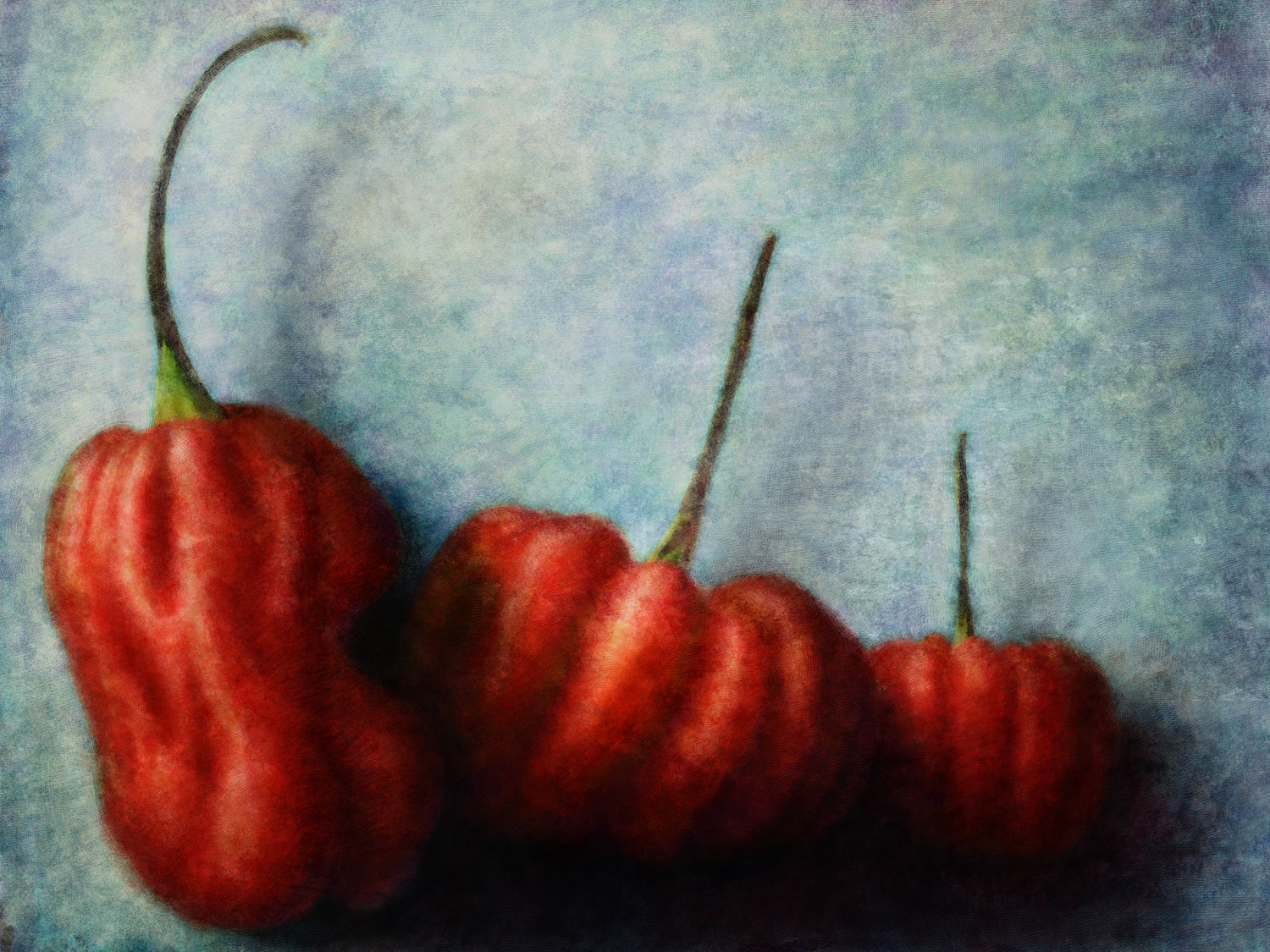 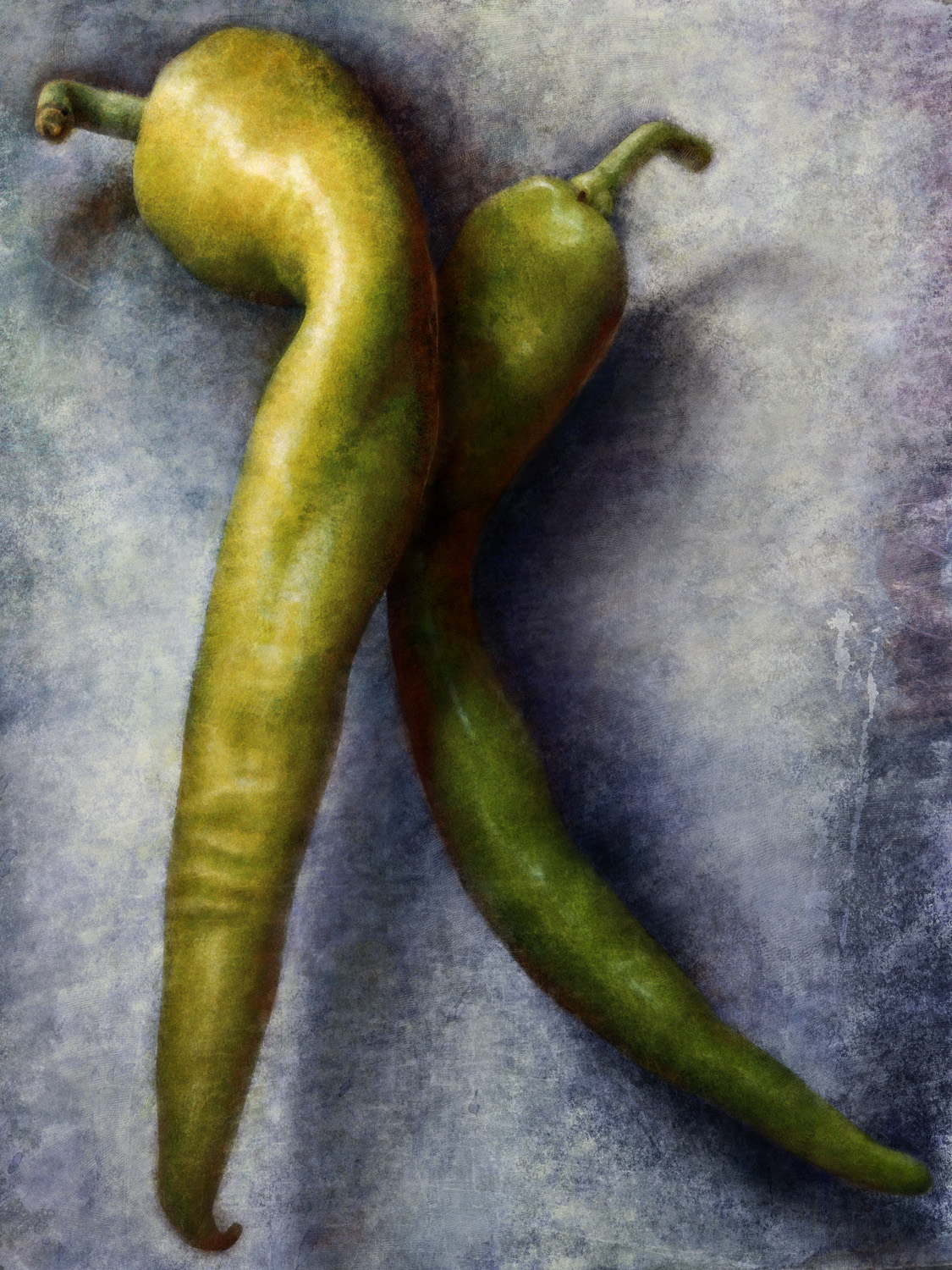 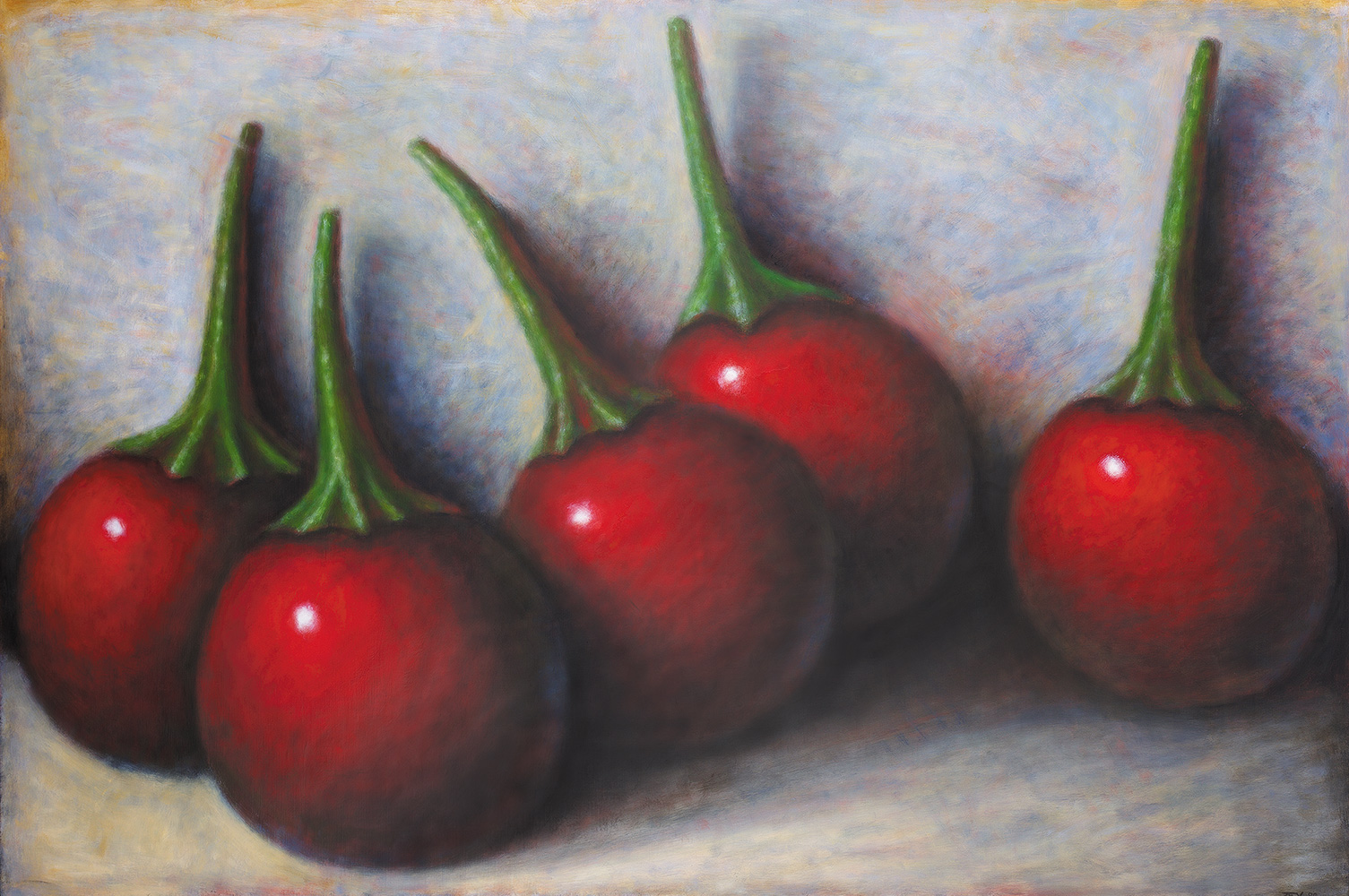 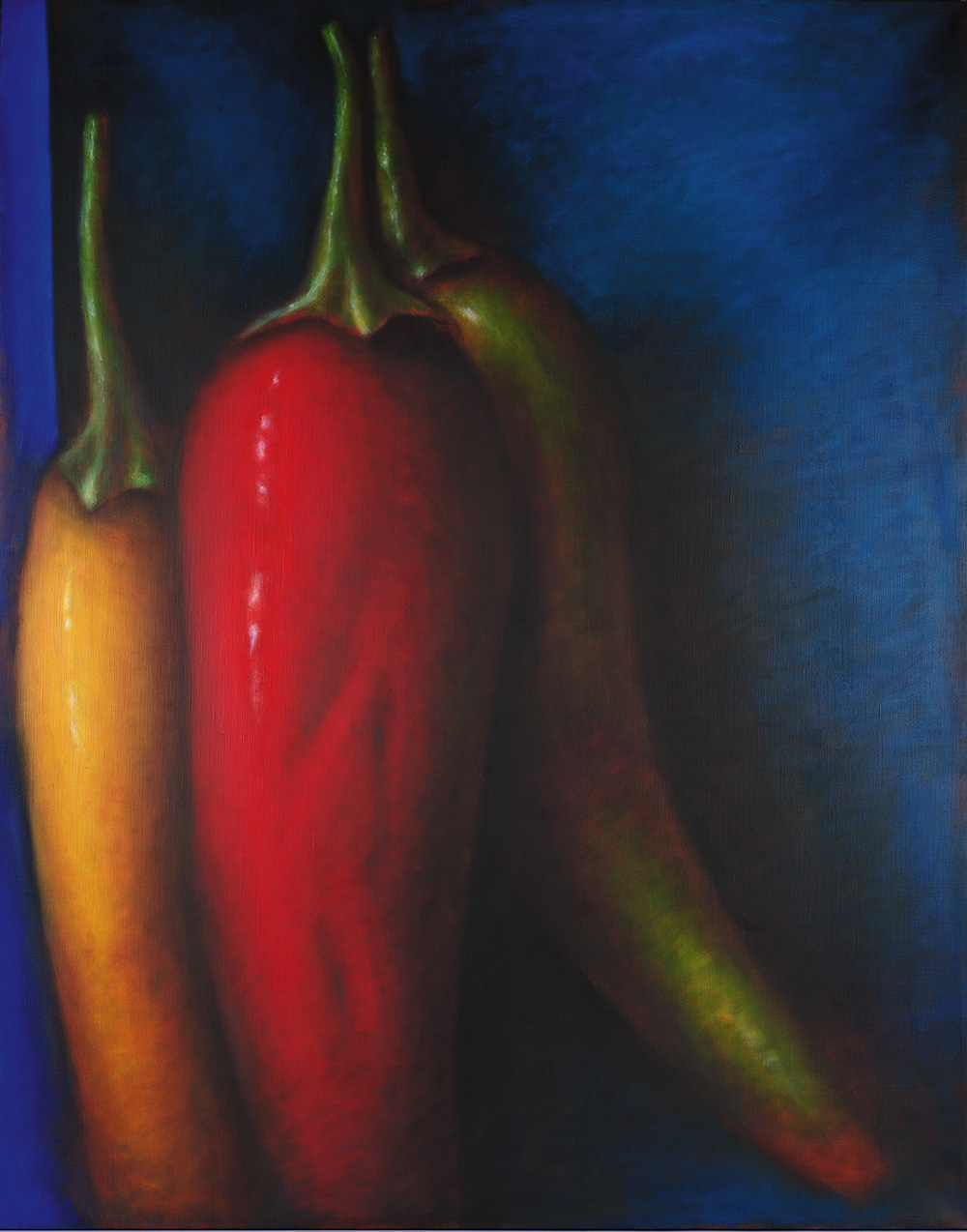 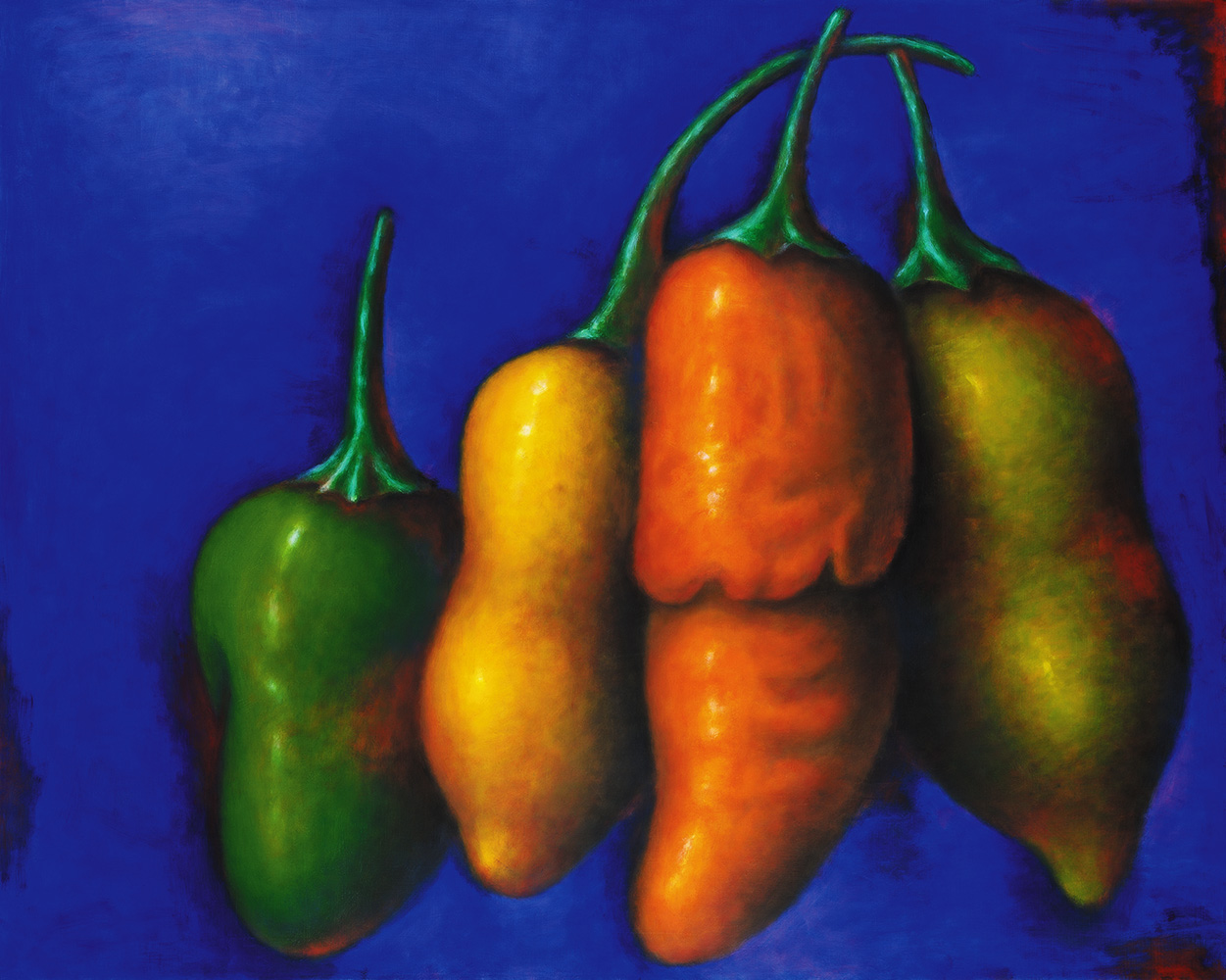 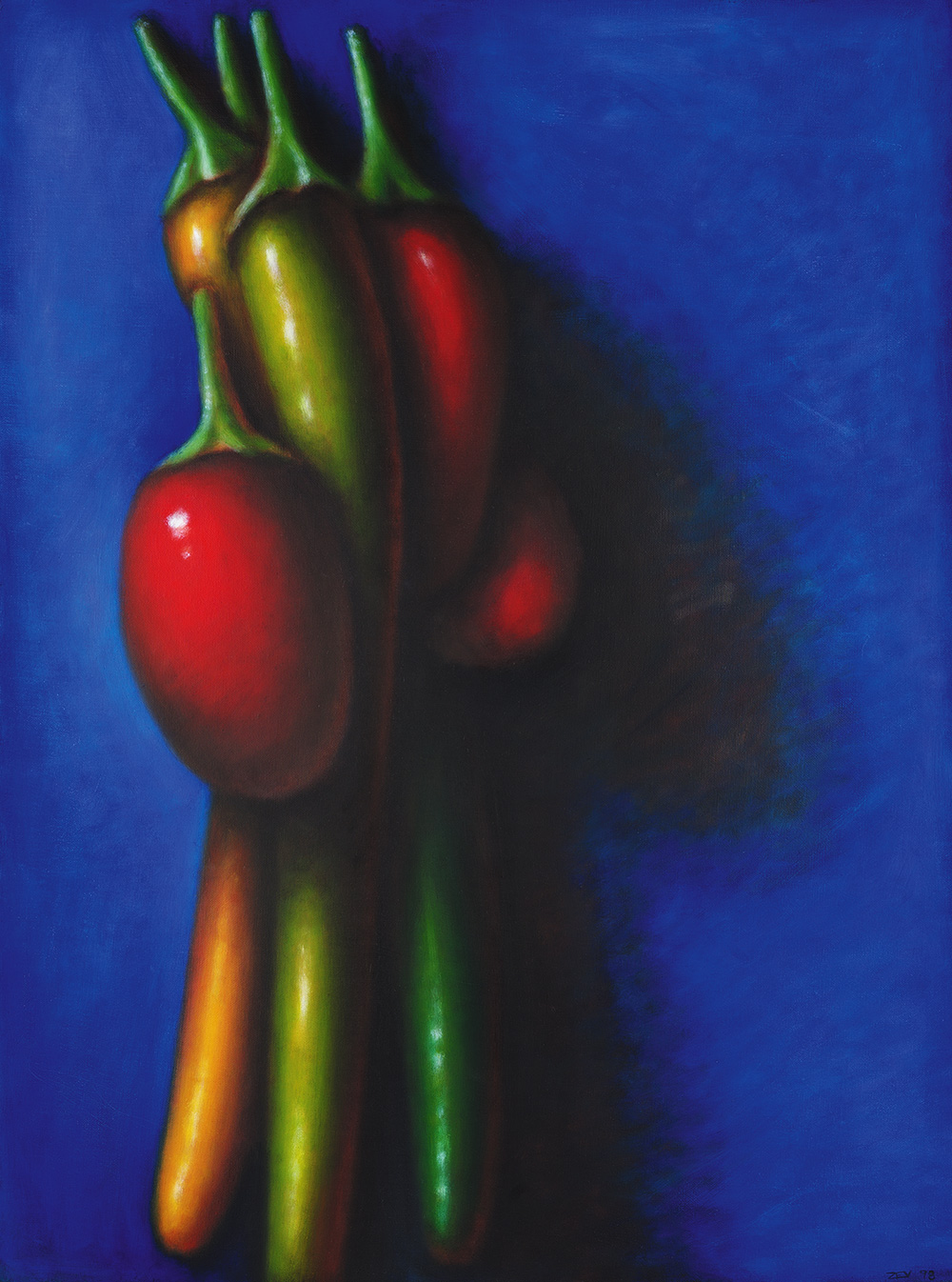 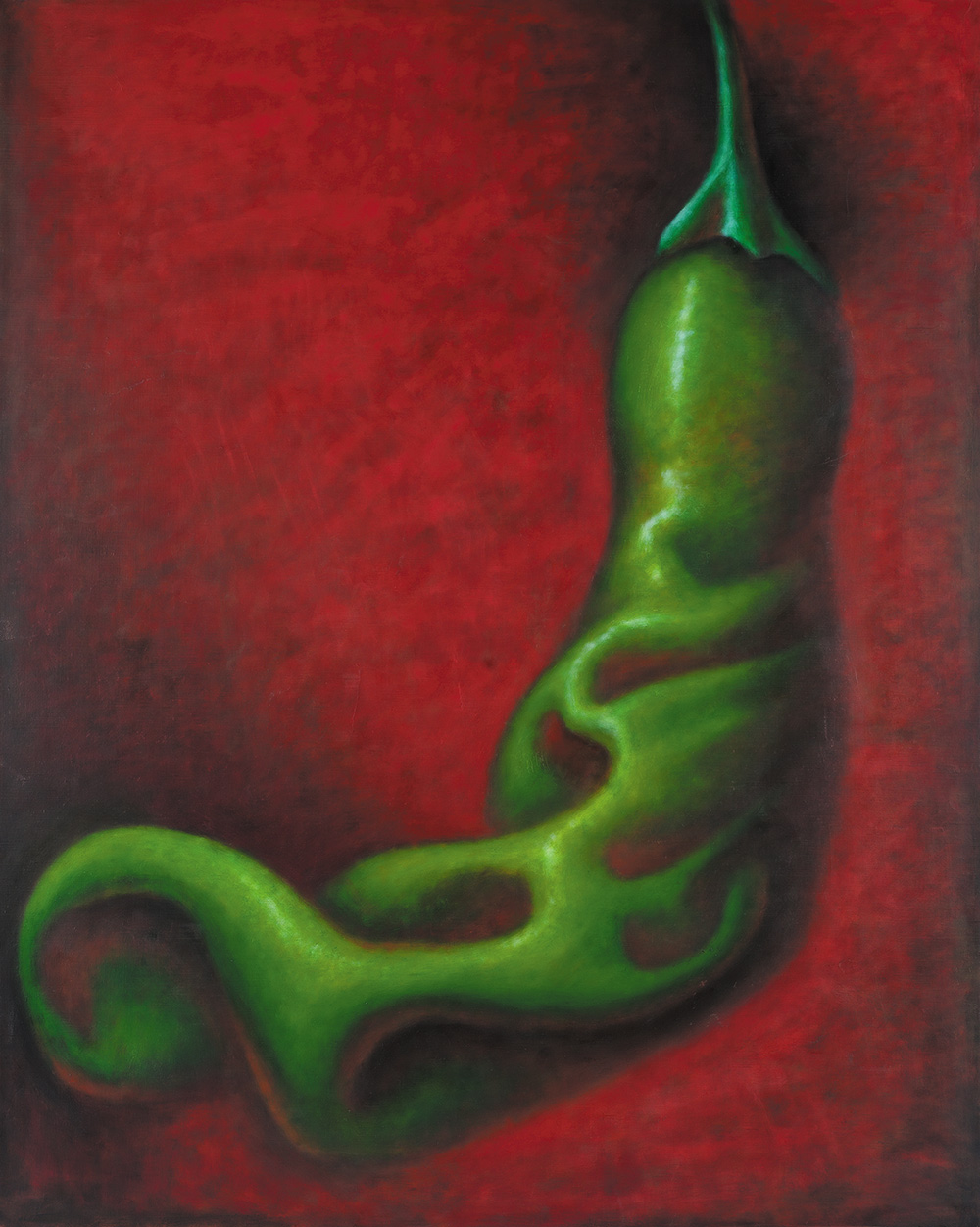 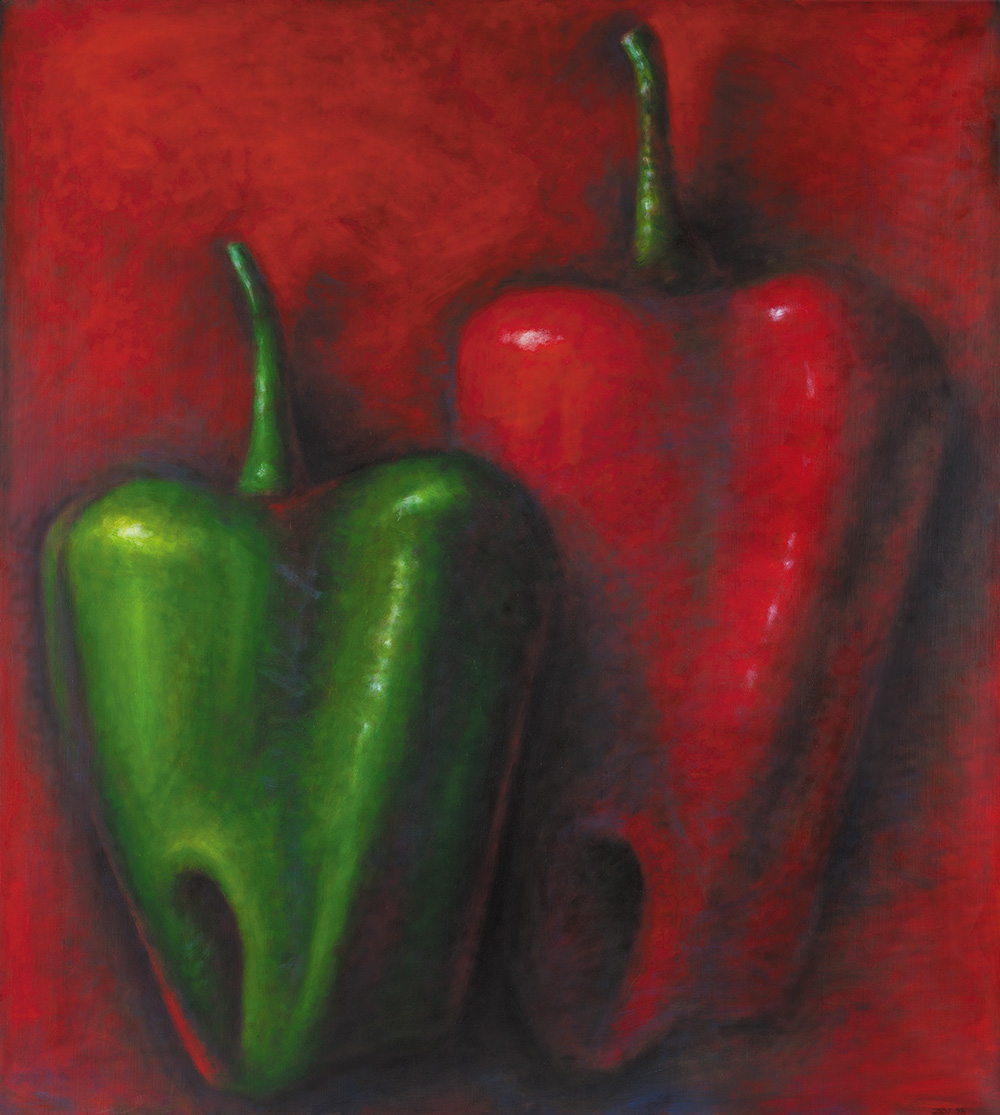 While in London, he also started working on videos and digital art projects as part of Art After Science, formed with Adrian Marshall, creating a variety of works that have been exhibited widely, including at ARCO in Madrid, the Venice Video Art Fair, and the LOOP Video Fair in Barcelona.

Robinson returned with his family to Spain in 2005, where his video work led to a series of documentaries on wine, food and rural life in Spain. That left him with little time to paint, but in 2012 he showed a series of newly created works of Amphorae at the Dinastia Vivanco Museum. Since then, he has restarted a series of images based on film noir and pulp fiction covers.