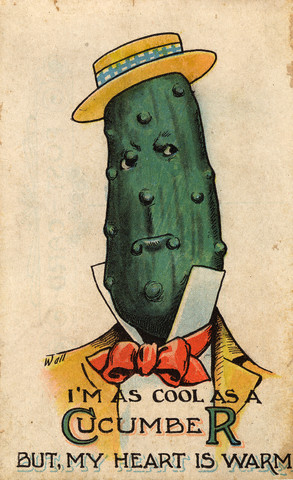 The German health authorities finally recognized their error, albeit a week too late. After confirming the results of two out of the four laboratory tests carried out, it was announced that the variant of the Escherichia coli bacteria, commonly known as E. coli, responsible for the deaths in Germany is not the same as the one found in the Spanish cucumbers originally blamed.

What? The Spanish cucumbers are “no longer” the cause of the infection? After all the jokes that went around about them on Twitter, Facebook, and the like. And that’s not even the end of the story: the same social networks ended up condemning the entire agricultural production of a country, i.e. Spain.

But in a country like Spain, in the midst of a dire economic crisis, declaring its cucumbers and then its produce contaminated is no laughing matter, especially when such allegations are far from being proven. Almost all European countries closed the door on Spanish produce. The E.U. ordered that all imports of cucumbers, tomatoes and lettuce coming from Spain be inspected.

How is the Spanish produce industry going to recover these losses? Will it ever be compensated? After a week of being blamed for several deaths due to our cucumbers, boldly proclaimed on the front pages of newspapers around the world, it will be difficult. There is no way to repair the damage, not even the damage done by social networks, where “news” spreads as quickly as unfounded rumors.

The E.U. is now analyzing how to compensate Spanish fruit and vegetable producers for the economic losses caused by this infectious outbreak the Germans attributed to a batch of Spanish cucumbers. The worry is that there are times that nothing can compensate for a loss.

The sad thing is that the innocent Spanish cucumber was never given a chance. German officials hastily proclaimed its guilt before even giving it a fair trial.

“Germany admits Spanish cucumbers are not to blame”