All the Bread in the World

Good news: You don’t have to be French to love bread. Indians, Iraqis, Israelis, Egyptians, Peruvians, Greeks, and Germans are also fond of it. The truth is all peoples dwelling on this earth are “bread eaters”, if you accept the formula Homer used in the Odyssey. For Homer, the art of bread-making was the criterion for distinguishing those who were civilized from the others, the savage barbarians. But the Greek bard probably didn’t even know that the American Indians existed. The Indians did not sit around waiting for the arrival of the “civilized” to understand the value of arepa, cassava, tortilla and hallaca. 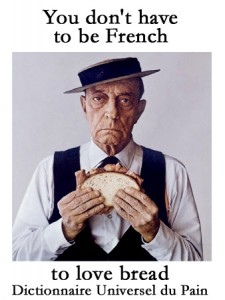 But even the newly converted — formerly “uncivilized” peoples who have only recently taken up the civilized activity of bread-making – have a strong preference for either “soft” bread or “crusty” bread. It’s one or the other; it’s North or South. This preference is the real Mason-Dixon line in the world of universal bread-baking; it separates those who love “crusty bread”, i.e. the Latins, from those who love “soft bread”, the English-speaking world, and the ball is without a doubt in the park of the Anglo constituency. So even in France — the Mecca of crusty bread, produced through a Maillard reaction — bread-eaters tend to ask for their bread not to be “too cooked,” which means, of course, not too crusty. This irritates French bread specialist, Steven L. Kaplan, well known for his outbursts, to no end.

The Compagnons du Devoir, a French association of craftsmen and artisans dating back to the Middle Ages, recently invited me to lead a seminar at the Château de Pont de Veyle in the Macon region of France. My assignment was to talk about all the breads in the world, a Herculean task indeed, and to classify the bread of the world and propose a system of its classification. Using as basis the work of Hubert Chiron, head of the experimental bakery at the INRA, a French national research institute in Nantes, France, I attempted to take a closer look.

So a hats off to the human race: using a mixture of (1) flour made from grains or roots such as manioc or from tubers such as yams or potatoes; (2) water; (3) a fermenting agent; and sometimes (4) salt; or even (5) fat, or even (6) sugar, humans invented an almost infinite number of kinds of bread, each complying with specific methods of bread-making, and the subject of significant research into its mythological and symbolic meaning. Despite this long, rich history and tradition, if you look more closely, this seemingly infinite number of types of bread can be broken down into 10 major categories, which I list here.

The dough is rolled and spread into ever-thinner layers. It is most often cooked on a slab or flipped onto the side of the oven wall, referred as a “tanur”. Examples are Ethiopian injera (see photo), Sardinian carrasau, and Armenian lavash. 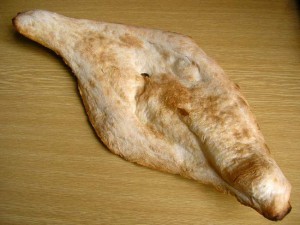 Flat bread is mainly eaten in the Middle East and Central Asia, in the Mediterranean, and in Latin America. It is seized at a high temperature, and then separated into two layers to form “balloons”. Examples are Columbian arepa, Moroccan kesra, Mexican tortilla, Indian chapati, Iranian sangak, and Georgian shoti (see photo). Crusty bread is Latin. The French, Spanish and Italians love it, as do the Greeks, but the same does not apply to all bread-lovers. Examples are French baguettes (see photo of baguettes made by David Bedu); Portuguese broa; Swiss Valais rye bread; Turkish simit, and Egyptian shamsi. 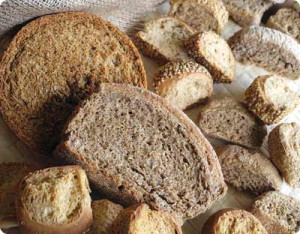 In Europe, we find them in supermarkets under various names: Skorpor, Original Swedish Toasts, Véritables or Petits Pains Grillés Suédois, Auténticos Panecillos Suecos, or Crostini Croccanti Svedesi, but Northern Europe offers a variety of similar types of crisp bread. It is thought this type of bread was invented for sailors, as a way of preserving their bread on long sea v0yages. Examples are the Greek eptazymo, kneaded 7 times (see photo); Norwegian flatbrød, and Swedish knäckebröd. 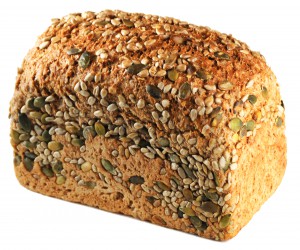 Black bread is made from rye flour, in regions where wheat has difficulty adapting to the climate. Sourdough starter is used most often, and the dough is only slightly kneaded. Cooking time is long. Examples are Russian borodinski ; German pumpernickel; Danish rugbrød (see photo) and Estonian rukkileib. 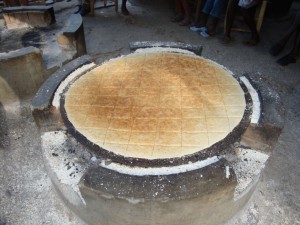 American Indian cassava (see photo), made from manioc flour, is the bread that Christopher Columbus and his crew tasted when they stepped off the boat in San Salvador in 1492. There are grain-free breads similar to this all over the world. Examples are Jamaican bammy; foutou from the Ivory Coast, and the Australian aborigines’ bush bread.

7. Breads not cooked in oven 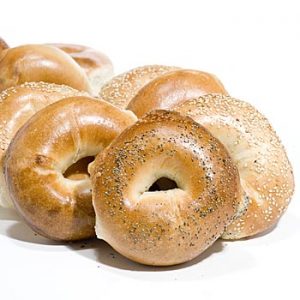 A whole gamut of bread never sees an oven. It is cooked on slabs or plates placed over a heat source, like Indian chapati. Sometimes they are fried, as in the case of Afghan katlama). Other times, they are poached in water, as with the Polish bagel (see photo), steamed, as with the Chinese mantou, or cooked in ash, as with the Scottish and North American bannocks. The Tuaregs cook their bread, called taguela, in scalding sand. 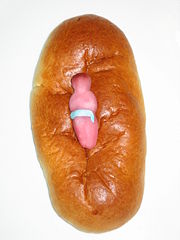 Fat and sugar are added to the dough, and they are usually baked in a bread tin in order to ensure that they remain soft. The outside resembles more a “thick skin” that is actually an extension of the soft part of the bread than an actual crust. Examples are Jewish challah; Belgian cougnou (see photo); South African potbrod, and Czech rohlik.

Whether it consists of “embellished” bread dough, such as pizza, manakich or pissaladière, or of sandwiches in their many forms (made with baguette or buns; kebabs, etc.), these are the stars of fast food. Examples are pupusa from San Salvador; Argentinian empenadas, and Venezuelan hallaca (see photo).

Depending on the religious or traditional folklore calendar, bread-making opens all the stops when it comes to making exceptional bread. Fat, sugar, and a myriad of ingredients are added to make this bread more like cake, brioche or Viennese or Danish pastries. Examples are Irish barmbrack; Ukranian paska, and Peruvian t’anta wawa, placed on tombstones (see photo).

There are those who think the world of bread can be reduced to a single slice of toasted, white Wonderbread, or to a French baguette made into a sandwich. For those sincerely interested in bread, the wisest advice would be to pack their bags right now, and hit the road, the “Bread Road”.