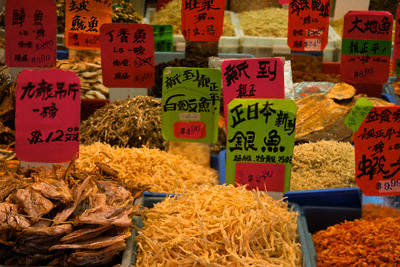 In China, there are at least seven styles of cuisine. They vary according to region. While living in Jiangsu Province in the central eastern part of the country, I was mainly exposed to one, broadly defined as “spicy.”  Many of the dishes were spicy, but not extremely so for my American tongue. In northern China, the preference tends to be for noodles and dumplings, rather than rice. The bread available is very good, even when produced on a mass scale. The Chinese are excellent bakers.

In Xuzhou, where I lived for half a year, the mutton is fresh and readily available. They slice it in an artful way and bring it to the table to be enjoyed for visual beauty as well as taste. A popular form of dining is called “hot pot.”  Restaurants provide two pots of boiling water, and diners are able to cook various meats and vegetables at the table. Wonderful sauces for dipping complete the experience. 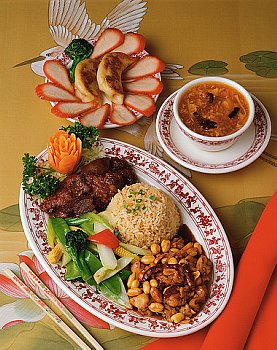 I especially enjoyed the fresh fruit available in China. The mandarin oranges were sold with stems and leaves, which kept them particularly flavorful. There were also small mangoes, which had a better texture and more delicate flavor than the larger ones most of us are familiar with.  Fruit markets were common on many streets. There were also many flavorful dishes sold by street vendors.  Of course the buyer had to be careful. I bought a good pancake with vegetable filling. I would have been hesitant to buy a meat-filled one.

In order to discover the many varieties of Chinese cooking, a traveler short on time would do best to visit Shanghai. It is a beautiful, cosmopolitan city where all manner of Chinese food and every other type of Chinese creation can be enjoyed.