Switzerland (also known as “Confoederatio Helvetica” or “die Schweiz”, “la Suisse”, “Svizzera”, “Svizra”) is a federal republic composed of 26 cantons and 4 different linguistic and cultural areas (German, French, Italian and Romansch). It’s therefore not surprising if its cuisine reflects its rich heritage and highly diverse cultures. It is rather like an island in the middle of Europe, like a tiny kingdom. 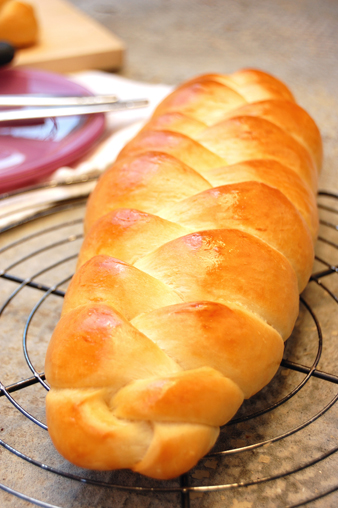 Each region and canton has its very own traditional dishes and specialties as well as produce, and they defend and even protect it fiercely, because there are dishes, cheeses, wines, breads, and many more food items that are now protected by AOCs in Switzerland.

Even if this tiny piece of land stuck between Germany, Austria, France, Italy has its own highly diverse culinary identity, one cannot refute that each part of the Swiss Confederation has, to a certain extent, been influenced by its neighbors, and vice versa. For example, a sausage resembling the anise-flavored Geneva sausage called Longeole can also be found in Chablais (Haute-Savoie); a cheese similar to Valais raclette is made in Savoie too; the Swiss German spätzli seem to be of Swabian (German) origin. Then there is polenta or risotto which evoke the Apennine Penninsula, and are often found in Ticino, and, well, the list goes on. As it is the case with every place that is not in total isolation, the borders are quite permeable, so it is pretty understandable that ideas, information, arts and science cross back and forth across the borders.

Today, I am presenting a butter-, milk- and Kirsch-enriched braided bread that we generally eat on Sunday mornings (not only, though). “Butterzopf” is similar to the Jewish challah or to its German and Austrian cousin hefekranz/hefezopf, minus the eggs and sugar. It is halfway between a Viennese pastry and a brioche. The name “zopf” or “züpfe” is derived from its shape, and literally means “braid” or “plait” (hence “butterzopf” meaning “butter braid”).

This treat is enjoyed throughout our land, but as we like to make things complicated, its appearance can vary slightly depending on the locality. In Eastern Switzerland, it is long and pointed; in the canton of Bern, bakers make it very wide and round at the end, and in Central Switzerland it is large and flat.

Its origins are fairly unclear and surrounded by many legends, some gloomy, others cheerful. Apparently, in ancient times, women used to accompany their deceased husbands into the tomb and the spirit world in order for the married couple to be reunited in death. Thankfully that dark tradition was abandoned and replaced by a new, less barbarian one. Instead of being forced to perish with her man, the widow only had to cut off her hair (usually a plait) and lay it in the grave, alongside the body of her late spouse.

Still later, the practice of offering one’s hair as sacrifice was abolished and a braided loaf was used in place of the tresses. But as there is no real proof of that custom, it is more likely that butterzopf saw the light of day in a less morbid way.

In 1256, the first bakers guild was formed in Basel, and not long after, a few more were formed in various cantons in the Helvetic territory. During the 15th century, this delicacy became very popular, as it used to be given as gifts on special occasions such as Christmas and New Year. It was even offered as a token of love or to seal a promise of marriage. Since its existence has been corroborated and documented since 1430, it is most probable that it is a Swiss invention. Nowadays, the Swiss continue the tradition of bringing a “zopf” to their hosts to mark special occasions (public holidays and feast days).

You’ll find this loaf everywhere in Switzerland, as it is a real crowd-pleaser. Most of us have grown up eating it. When the 1st of August,  Swiss National Day, is approaching, there is not one supermarket, newspaper, food magazine or leaflet that doesn’t star this delightful goodie which is as much a part of our identity as much as the cliché-esque chocolate, cheese or watches.

Unfortunately, I do not have a family recipe for this brioche, so the one I use faithfully and always with much success hails from the very first bread book I bought 13 years ago (wow, I’m feeling “old” suddenly), Ultimate Bread by Eric Treuille & Ursula Ferrigno (see review here). The formula for it is quite straightforward and accessible; nothing tricky here. There is no need to get stressed or plan your baking session too much ahead of time as it’ll take you only a few little hours to prepare (let’s say a quarter of an afternoon).

Treuille and Ferrigno’s butterzopf is perfect. It tastes and looks exactly as it should. Texture-wise, the crust is marvelously glossy, golden-colored as well as delicately crisp, and its inside is exquisitely tender, spongy, full of finesse in addition to being beautifully “airy”. Furthermore, its subtle flavor is just out of this world and incredibly satisfying to the taste buds. It is elegantly buttery and has fabulous heady hints of Kirsch that pleasantly mingle with the round, enthralling and ambrosial aromas of yeast.

You should come to my house sometime while my butterzopf is in the oven! The smell that wafts through the apartment is dreamlike and instantly puts you in a good mood.

This bread is utterly delicious, so much so that you don’t need to dress up your slice with any fancy spread or accompany it with anything at all. Its taste alone is suffices. Nonetheless, it pairs really well with butter, cheese, jams, curds, Nutella, Cenovis (the Swiss equivalent of Marmite and Vegemite), honey, dried meat, smoked fish or pâté.

If you don’t have any Kirsch, then use brandy or plum spirit/brandy.

You can freeze butter butterzopf without any problem. In that case, just bake it as instructed above and remove from the oven 10 minutes before the end of its baking time, wrap it in a dish towel and let it cool completely before freezing. On the day you choose to eat your zopf, thaw it for 15 to 30 minutes (in its freezer bag), then bake for 10 minutes at 200° C (400° F) and let it cool on a wire rack.

Serve for breakfast or brunch with cheese, jam or the spreads of your choice (perfect with cream cheese, lemon curd and chocolate paste).

Click here  for more pictures and the French version of this recipe.