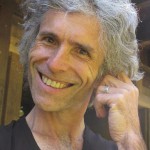 Franck Debieu, a guiding light in the French bread revolution?

French bread baking is quietly but surely undergoing a revolution. It is adapting to today’s changing world. And like the European Renaissance, it is, surprisingly, rediscovering its origins, its long history of tradition, and reinventing them in light of scientific discoveries and expertise, which have allowed bakers to know more about the wheat, leavening, salt and water they use to produce their works of art. They are trying to revitalize their production and sales teams. L’Etoile du Berger bakery in Sceaux, just south of Paris, is unquestionably the greatest innovator in this revitalization.

Franck Debieu, the mastermind behind l’Etoile du Berger, looks as if he just stepped out of a Fragonard painting. The mildest of manner, matched with the strictest of standards. “Matchmaking” is his obsession. This business-minded bread baker is brimming with resourcefulness. His intelligence covers all territories: from the most basic raw materials to sensitivity to the human element. This discerning approach to bread baking certainly has its place in a French society totally caught up in a phase of decomposition and recomposition. Intuitiveness, audacity, business sense: all necessary to confront the task at hand.

Debieu worked for 7 years as bread expert for the Tour de France, then as an expert consultant for bread bakers around the world. He studied different types of leavening, and ended up having a distinct preference for liquid leaven. He now has three stores that go by the name l’Etoile du Berger, in Sceaux, Fontenay-aux-Roses, and Meudon, suburbs south of Paris. It is here that he offers the very best of what he learned from all these years of working as a master baker.

His bakery L’Etoile du Berger — literally translated as “evening (shepherd’s) star” — has been lighting the sky ever since. Franck has been tackling this innovative project like a trooper, following his guiding light: estimating the exact potential of a team of bread bakers in full armor to meet the task at hand, working right alongside sales people, each taking part in this incredible process of conception. Together, as a team, they are discovering bridges with the past, transferring knowledge, discovering hidden bonds and forming new ones.

French bread baking first started reinventing itself right in the oven room. These crafts people’s creative energy was released with a bang in 1987, with the end of government-regulated pricing, and in 1993, with the law defining what could legally be called a baguette “de tradition française.” The deep effect of this big bang has still not reached its end, especially in terms of sales. There is still a sensitive barrier between the bakery and the store — traditionally between the baker and his wife — even if both the protagonists and the jobs have changed.

This small revolution at L’Etoile consists of inviting those who bake the bread to sell it, and those who sell the bread to bake it. In the past, this was taboo. The baker closed himself into the bakery, surrounded by his ovens, without any thought to who might be eating his bread.

In the past, the sales woman learned her lines about “liquid leaven,” even though she’d never put her hands into the smooth dough, kneading it during the long hours it takes to rise. If the sales girl crosses the threshold into the oven room, puts on an apron, takes note of the ingredients that go into the recipe of which she only saw in its finished form until now — under names she’d memorized by heart (tourte de grenier or “grainery pie;” pavé de Berger, meaning literally “shephard’s cobblestone;” épeautre et graines de lin bio, or organic flax seed spelt; torchon abricotor or apricot dish cloth; cœur de rêve, or heart’s dream, etc.), it creates a little spark.

After this experience, every time the name rolls over her tongue, her mouth will be watering. And so will the customers’. Just a few days in the bakery will inspire her, let her spread her wings. The same applies for the “muted” artisan bakers, who stick their flour-covered nose into the store from time to time, somewhat out of the blue, and see what the people who eat their bread look like. Is this not reflective of a past when men’s and women’s roles in society never overlapped?

And to add to this redefinition and crossing of what were in the past forbidden borders, there is a shared feeling by many in the trade that it is high time to open the oven room doors to women. As soon as the bread baking process was mechanized, it was no longer imperative to give exclusivity to “musclemen;” it opened the door to a more yin approach. Adding a feminine touch to the bakery and a masculine touch to sales might just become the motto of this shepherd, this guiding light, who encourages mobility in every form. And it goes without saying, with this comes creativity.

Sabrina Tesan, manager of a sales team, is currently studying for a CAP, a French vocational trade certificate, in pastrymaking. “What’s most important about this experience is this relationship with the actual raw materials; I derive great pleasure from putting my hands in the dough,” so to speak.  Stéphanie Jiménez King, also a sales manager, says: “L’Etoile du Berger has made it possible for me to make an enormous leap in my personal development; I started out as an apprentice and ended up as a sales manager. For me, L’Etoile is much more than a high-quality bakery. It is a school for life.”

Mathieu Taillasson, site manager, says: “The fact that I had already studied management helped me a lot in terms of human relations skills.” David Johanet, head of all three sites: “Becoming baker manager for all the Berger sites allowed me to expand my skills and my capacity to better listen to what my colleagues have to say, and therefore to offer them the assistance they really need. I became better at listening, and I can better understand the expectations of the other sectors, such as sales. This improves our organizational skills as well as our human skills.”

Franck Debieu’s success is not only proven through his sales turnover. When you discover his bakeries, you can’t help but be struck by the way his bread puts a smile on people’s faces: on the faces of those who eat it, and on the faces of those who make it and sell it. There is a two-way exchange of happy vibes, a happy union between a utopian community and free entreprise, between muscle and heart, between acidity (the leavening) and sweetness.