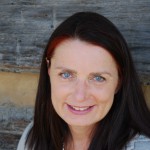 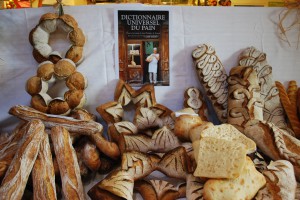 Jean-Philippe de Tonnac, contributor to The Rambling Epicure, has written more than 20 books on subjects as varied as Umberto Eco, anorexia and, in October 2010, his masterpiece, the Dictionnaire Universel du Pain, or “Universal Dictionary of  Bread,” a veritable encyclopedia about every facet of  bread from all corners of the earth. The dictionary — not yet translated into English — covers the history of bread, as well as anthropological, symbolic, emotional, sexual, agricultural, botanical aspects . . . well, absolutely everything you might want to know about bread, literally from crop to crust (to borrow Dan Lepard‘s term), with every technical step in the process of bread baking covered in minute detail. 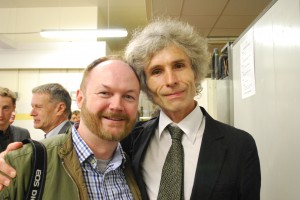 One hundred forty specialists in an extensive range of fields collaborated to produce this dictionary of 1,228 pages. Although it is not a cookbook, the appendix puts a little icing on the cake with its 50 pages of recipes from some of the best bread makers in the world. This volume should definitely line the shelves of any serious cookbook collector.

De Tonnac is not a bread baker by profession, which makes this task all the more Herculean. To prepare for the project, he passed his CAP — a French diploma confirming qualification in a trade — in bread baking. To carry out this gargantuan project, de Tonnac worked in collaboration with noted Cornell University history professor Steven L. Kaplan, “the world’s preeminent French-bread scholar.” His introduction alone is so full of pertinent facts and history it could serve as basis for a survey course on French bread. 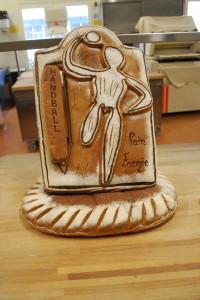 Though a dictionary — which we usually consider as a reference book we use to look up things — it is one of those books you can open to any page and just start perusing. Each entry is cross-referenced, so you can easily spend hours in endless exploration.

For instance, if you look up the most basic and essential ingredient in bread, farine, or flour, you immediately fall on the definition, followed by the 1963 French regulations regarding the classification of the types of flour, the nutritional value, and the technological value. The cross-references take you to numerous related topics, and there are then secondary entries for flour yield, farine basse or what we call middlings, farine de passage or mill streams, and a lengthy piece on the French Flour Wars of 1775. But that’s just a start. Other surprising entries include the Fête-Dieu, or Corpus Christi;  documentaries and films; the virgin and the whole cycle of planting, growth and harvest; bread and wine; museums; the symbolism of night in the making of bread, and yes, the big one: sex. 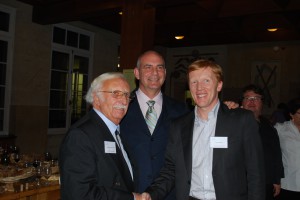 And then there is the literally global coverage of bread, as he spoke about in his article All the Bread in the World, on this site. Leaf bread, where the dough is rolled and spread into ever-thinner layers, found in Ethiopia, Sardinia and Armenia; flat bread, eaten mainly in the Middle East and Central Asia, in the Mediterranean, and in Latin America; crusty breads, including French baguettes. Portuguese broa, Swiss Valais rye bread, Turkish simit, and Egyptian shamsi. If you’re interested in knowing more, I suggest starting with the article cited above if you don’t read French.

De Tonnac also proposes 18 clever and relevant thematic “itineraries” for making your way through this genuine information bank, with interesting themes such as Au commencement était le grain, or in the beginning there was grain; Anatomie du grain de blé, or anatomy of the wheat grain; or Le pain et tous les pains du monde, which takes you on a bread-tasting trip around the world. A clever idea indeed, which will certainly make bread lovers’ copies get curly on the edges long before their time. 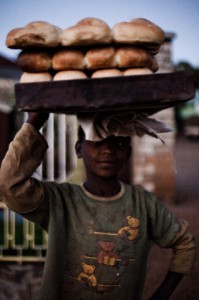 Putting your nose in this tome is rather like nibbling on a tasty morsel of a crusty loaf sensual like the curves of Marilyn Monroe, fresh out of the oven: you just can’t stop eating until it’s all gone, you just can’t get enough.